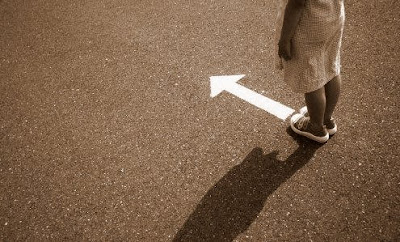 In an earlier post about balancing Knowledge and Obedience, I stated that following Jesus should be about obedience and not about knowledge. I also said the phrase "Obedience Based Discipleship" is a misnomer that can be misleading. This post will clarify that statement. It might all go down smoother if you re-read the post, called "Balance" before you read this post.

Those whose eyes have been opened to the power of radical obedience to God's word have a generally similar experience. They are immediately awed at the simplicity of putting God's word into immediate, measurable action. They quickly see improvement in their walk with God as they devote themselves to studying with a mind to obey. They also have an eagerness to share this discovery with others. Then comes a feeling of frustration because many of the people they tell either don't get it or pick it apart until they find enough faults to dismiss it.

For example, I recently spoke in chapel at Harding Grad. I presented the ideas in the "Balance" blog and an accompanying application of Matthew 7. Afterward, a faculty member politely noted that what I said sounded a tad legalistic. I was not surprised. I had heard it before. My internal response was, "What I said was no more legalistic than what Jesus said."

When we are communicating to other nonbelievers about obedience, they hear (rightly) that Christianity holds a high standard. When they make an acquaintance of Jesus in the context of his demands of obedience, they understand him (correctly) as someone who gives much and expects much. However, when we are communicating with believers about obedience, a red flag is lifted at the sheer mention of the o-word. Phrases flash through their minds like, "saved by grace through faith." To base discipleship on obedience, in their minds, is to strive to save oneself by works.

To their credit, there are some pitfalls to the obedience based mindset. For all its strength, it can be a slippery slope to some unbiblical attitudes.

1. Pride. I have seen this in others and been guilty of it myself. When we have this life-changing epiphany and realize that measurable obedience should replace a premium on knowledge, there can be a tendency to look down upon the "uninitiated." I'm not talking about lost people, but people beside us in the pews and in our Bible classes. We can forget that we were once where they are. We shake our heads sometimes because they have not arrived. We forget that although we may be a little further down the road, we also have not yet arrived.

2. Legalism. When the pendulum swings away from knowledge and toward obedience, the momentum can carry it too far. By legalism, I am referring to earning salvation and favor from God as well as making a false idol out of literal obedience. We have to remember that God loves the obedient and the disobedient. We are obedient not because we want to earn his love, but because we want to show our love and because he commanded it.

3. Weakening Scriptural Mastery. That sounds ridiculous, but I couldn't think of a better way of wording it. Often there are trade-offs when we do something a certain way. Before I began studying the Bible with a mind to obey, I studied for facts, facts, and more facts. My Bible time was about quantity, not quality. I considered volume a measure of success (hence the "read the Bible in a year" programs). After I changed my study approach, however, my sights narrowed significantly. Determined to obey everything I learned, it became more and more critical to read in small chunks. If I read five chapters, for example, I could never keep up with my obedience to all of the imperatives. As a result, I focused more on small sections of Scripture. Over time, this had a negative affect on my familiarity with the whole of the Bible. The trade-off of quality over quantity has its drawbacks.

The above warnings do not discredit Obedience Based Discipleship. Until I am introduced to a more biblical way to live, I will not change. As I disciple nonbelievers, I will continue to emphasize, as Jesus did, that obedience is not an option. We do the lost no favors when we make Christianity look easier than it really is. The above is simply a caution for anyone, including myself, who would attempt to place a premium on obedience.

On to the misnomer. I mentioned that the word "obedience" can be a turn-off to some believers because to them it reeks of legalism. Upon realizing this, I toyed with a few other names for it. "Faith Based Discipleship." "Discipleship of Faithfulness." "Radical Discipleship." In the end, though, they all sounded a little redundant. So, from now on, when I share with my fellow believers this way of life I am so passionate about, I will call it what it should have been called all along...