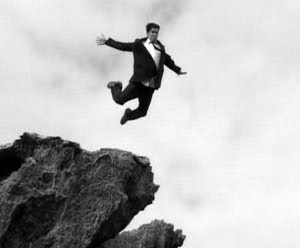 We knew before we left China that it would be difficult to maintain the fervor and intensely spiritual perspective we had cultivated there. Two months after landing in America, we're seeing that prophecy unfurl into truth. One of the challenges we face here that we never considered in China was the temptation to bend the knee before the god of Security.

Kris and I were reading in 2 Chronicles 16 a few nights ago, where King Asa's legend is recorded. Evidently, he had a strong showing as a king of Judah. He commanded the people of Judah to follow the Lord and had all of the idols torn down in the land. Unfortunately, there is one blemish on Asa's record. Although he tore down the literal idols, he (like many of us) bowed to the idol of Security.

When another king made plans to attack Asa, he scoured his kingdom, collecting silver and gold to send to a neighboring king in order to buy his allegiance and stave off war. Asa's plan worked, war was averted and his enemies were defeated, but God was not pleased. Why? Because when trouble came, Asa "relied on the king of Syria, and did not rely on the Lord."

I know the feeling. Did you know that the Master's of Divinity (the degree I'm pursuing) is in the top five lowest-paying graduate degrees in the nation? It's true. What if there are no jobs available? And if there are, what if the salary's too low to support my family? Why not cut bait and transfer my hours to a more profitable degree? Kris and I are planning to go back to the mission field in about four years. That's a bone-head move financially speaking. When we come home from five or ten years of mission work, I'll be in my mid to late thirties, starting from scratch. Why not just stay here, get a good job and start building tenure? I mean, it's the safest bet.

One of the surprising things about Asa's decision to put his faith in Security instead of his Lord is that years before, in the infancy of his kingship, an army of a million Ethiopians waged war on Judah. Against those impossible odds, Asa cried out to the Lord, "O Lord, there is none like you to help, between the mighty and the weak. Help us, O Lord our God, for we rely on you..." That day, the Lord defeated the Ethiopians and their 300 chariots.

As I'm tempted every day to put my faith in myself or in my resources or my education or my connections, I need to remember the battles of the past. At the end of the day, my strength pales in comparison to His.

"For the eyes of the LORD run to and fro throughout the whole earth, to give strong support to those whose hearts are completely his."
at 22:05