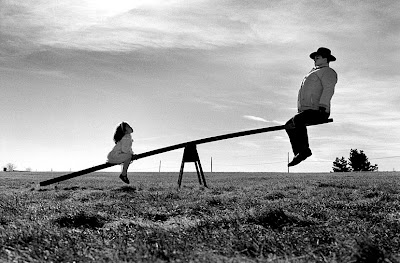 The mark of a disciple is not knowledge, but obedience.

When I was eight-ish, my mom had me staying with a babysitter when she worked nights. The lady who watched me was Mrs. Ann Brady of Columbia, TN. We had a lot of good times together. Popcorn is my favorite food. I'm positive this is because she cooked it on the stove every night. We would eat it while we watched Murder She Wrote. Good times. Mrs. Brady was also a devoted Christian, and she did what she could to influence me. I remember she once had me memorize the books of the Bible. Old Testament and New. While writing them out for the hundredth time, I asked why I needed to know this information. She said, "One day, when you get to heaven, they might ask you the books of the Bible before they let you in."

I tell people about this and they laugh. But really, isn't it common for Christians to equate Biblical knowledge with righteous living? In a Bible class on any given Sunday, if the group was tasked with choosing a spiritual leader, would not most groups choose as their leader the individual with the most Biblical knowledge? I say this is not as it should be.

Most of us who grew up in American church culture know that a high premium is placed on knowledge. This was reinforced when we got a gold star for memorizing verses. Or when we got a plaque at Bible Bowl or a medal at Lads to Leaders. Or when a child was counseled by a parent or minister that she should not be baptized because "she doesn't know enough yet." Need more examples?

The troubling thing is that we have been conditioned to learn facts without immediately obeying them. For years, we have studied daily devotions, completed Read-the-Bible-in-a-Year programs, and taken copious notes in sermons and Bible classes. All the while, downloading facts for the sake of knowledge but not with a mind to obey. We all meant well, and the end we had in mind was closeness to God. Our intentions were pure. Unfortunately, learning something we should do, and then not doing it has become a habit. A habit we have to break!

When put into practice, this can be so freeing. When we immediately obey what we have learned, we are expressing love to the one who said, "If you love me, keep my commandments."

Some have referred to this practice (and modeling/mentoring this practice for others) as "Obedience Based Discipleship." However, this is a misnomer that can lead to confusion. I'll discuss that in a later post.

In the meantime, don't sweat it if you can't think of what book comes after Lamentations. Or if you can't remember how many p's are in Philippians. In the entrance exam, I doubt they will count off too much for spelling. Simply don't allow yourself to accumulate knowledge without first acting on what you know.
at 04:14