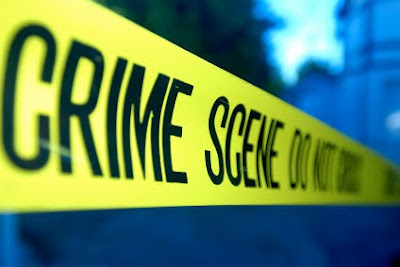 This post would be more fun to compose on a manual typewriter from another decade.

News of an unsolved mystery has permeated our quiet campus in the heart of Hangzhou. I will lay out for you the facts that I have confirmed involving this enigma. As the mystery as of yet remains unsolved, you can draw whatever conclusion you see fit.

Last Thursday, I was meeting with Nick, a Chinese believer, by the reflecting pool on our campus. He told me that it was widely whispered that someone had fallen to their death from a third story window in building five, and there was suspected foul play.

Later that day, Kris and I were to appear on a Chinese game show that was being filmed in building five. When we arrived that afternoon, the area was being guarded and there were picketers with signs and unhappy faces. We learned from our Chinese friend Chen Shu that the gentleman who fell to his death had flunked out of school, so it was likely that he had committed suicide. However, it was suspicious that his online account was cleaned out and there was blood found in the boy's bed.

More intriguing facts came in the next day: Evidently, the boy was found in his underwear, not fully clothed. Also, there might have been a knife wound on his person.

In spite of this evidence, the position of Hangzhou Normal University is that this boy's death was a suicide, not a homicide.

So here are my thoughts:

A. There are many, many buildings on campus that have ten floors. Even building five has six floors. Why would someone intending to kill himself jump from the third floor? You could be paralyzed or die a painful death this way, especially since all the crime dramas on TV say that suicides always jump feet first. I would go for a taller building. And how do they know he jumped/fell from floor three? Maybe that was the only open window?

B. There was blood in his bed and he had a knife wound. This could be explained away, but to me it screams foul-play.

C. The boy was in his underwear. Again, this doesn't jive with suicide. You would think that a person would want to maintain some dignity and wear modest clothing.

D. The online account was emptied. Where did this money go? Who withdrew from the account? Perhaps this is the party responsible for his death?

I need more evidence to prove my theory, but it seems likely to me that this boy was killed in his bed while sleeping in his underwear on the third floor of building five. Then, to make it look like suicide, the killer carried him to the nearby window and threw him out. That's much easier than carrying a heavy body all the was up to a higher floor, where suicide would be more believable.

The school has to save face now that one of it's students has died on its campus, so it is in their interest to mark it a suicide. For me, though, the jury is still out. What do you think?
at 08:07