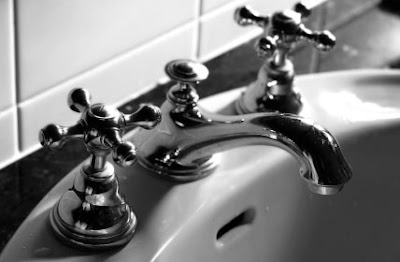 Over the past six weeks or so, I have become close to a handful of students I call my "work out crew." I have them in class on Mondays and Thursdays and we always go to the gym together afterward to "do fitness," which translates to cranking out a ridiculous number of lat pull downs, their favorite exercise. Jessie and Alex are two of my closest friends in this group.

As I got to know Alex, I was surprised to find that he is a believer. He told me soon after we met that he believed in God. He bikes to a "gathering" every Saturday where about one hundred university students learn from a teacher and sing songs.

Jessie is different. Although he's very close to believing Alex, Jessie has never gone with him to a gathering. He doesn't believe in God and is not afraid to tell you. That being said, Jessie is one of the kindest, most genuine guys I've met in China, maybe ever. So I was puzzled... why has he never given God a chance?

The answer came at the lat pull down machine:

I had been praying for some alone time to pick Alex's brain. God answered that prayer when Alex and I were the only ones to show up at the gym that week. We started talking about spiritual things and I had the chance to ask Alex why he believed. He got a faraway look in his eyes and I expected him to move me with some touching proclamation of great faith. Instead, he said, "I believe, but not very clearly. My father believed, his brothers believed, so I believe." Every weekend he bikes a couple miles to a meeting of believers to hear a lesson and sing songs because "his father and his brothers believe."

Why hasn't Jessie given God a chance? Because his only witness of Christianity has been Alex, who devotes his Saturdays to something he only believes half-heartedly. Alex's faith is actually a hindrance to Jessie coming to Christ.

I shudder to think how many times I have been guilty of this very fault. In my lifetime, how many people have I turned away because the Christianity I showed them was a watered-down version? I can't overstate how much I am writing to myself here, and I don't mean to be too critical of Alex, who clearly cares about his friend.

All I'm saying is, let's be either cold or hot, because if we're wearing the Name but not living the Life, our message to the lost is that Christianity is nothing but a two mile bike ride on Saturday morning.
at 13:34