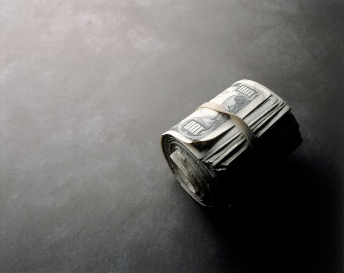 Jesus' standards were much higher than mine. That raises two questions:

One, should I demand more from would-be followers of Christ?
Two, do I live up to his standard for a disciple?

Jesus traveled countless miles teaching and preaching about the kingdom of heaven for three years, at the end of which his following had waned to a measly eleven disciples. How did this happen? He healed incurable diseases, raised the dead, outwitted the religious geniuses, spoke words that amazed everyone who heard, fed thousands and cast out enough demons to require drastic expansion and renovation of hell.

Yet Jesus ended three years of ministry with only eleven disciples because they were the only ones willing to pay the high cost of following Jesus. Many would-be followers attempted to join him, but the price drove them away: "Sell everything you have," "Let the dead bury their own dead," "No one who follows me can look back," and so on.

If someone came to me and said they wanted to become a disciple, but they first needed to bury their father, I'm afraid that in my mind I would think, "Here is someone with an interest! I should do whatever it takes to bring this person to Christ!" I would spend hours with this person until they became a disciple. But that's not the way of Christ. He had no time to waste on those who were not immediately ready to follow him. Jesus' time would be better spent maturing the faith of the devoted.

What would history be like if Jesus, at the end of his ministry, had produced hundreds or even thousands of semi-devoted disciples instead of eleven disciples so devoted that they would go to their deaths for the sake of the kingdom? I don't think Christianity would've made it. So...

Should I demand more from would-be followers of Christ?

Other important questions: What about me? Do I follow Jesus without hesitation? Do I obey without question? Am I faithful in adversity?