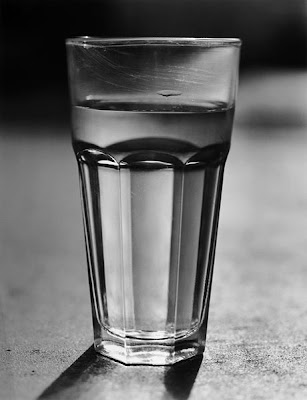 In HangZhou, we're praying that God can somehow use our influence to radically impact people, changing them from ordinary folks to disciples and eventually to disciple-makers. This kind of influence takes time and exposure and a relationship that persists over weeks and months and years.

One of the problems we face in HangZhou is that most of the people we make contact with we will never see again. Maybe we meet on a bus or on the street or in a nearby city. Keep in mind that HangZhou and the surrounding area has more people than Oregon, Washington, Montana, Utah and Nevada combined. We meet new people constantly. Your situation is probably similar.

If your goal is to go into all the world and make disciples, what is your approach to people you may only have five minutes with before they pass out of your reach and into the sea of earth's billions? You could get a phone number and try to make contact in the future, in hopes that a relationship will develop, but that's only practical a small fraction of the time. At the other extreme, you could save your breath and keep your mouth shut when you know your time and influence with a person will be limited. I guess another option would be to run through the story of God and Christ in two minutes. Good luck with that.

Two days ago, Kris and I were trying to make sense of the Shanghai subway system. It's not too difficult, but it would have been easier if we understood Chinese. Kris suggested that we look for and English speaker to confirm our route before we shot off in the wrong direction. I looked to our right and saw a girl about the age of some of our university students. Something told me to go to her. She happened to speak great English and also happened to be going the same place we were. "Follow me," she said.

She was shy and didn't say much, but I liked that girl. She kept looking over her shoulder to make sure we were still behind her when we walked through crowded areas. The Maglev was quieter than the subway, and I had a chance to talk with her some. She was in Shanghai to meet a friend who had cancer. Her friend, whom she had know since childhood, was going to Canada to get treatment.

Of course I knew I'd never see this girl again, but I wanted to give her some kind of blessing. When we parted ways at the airport, I said, "I'm a Christian and I'll pray for your friend." She said, "Thanks," and walked away. I couldn't tell you her name.