Somewhere Between Hearing and Doing 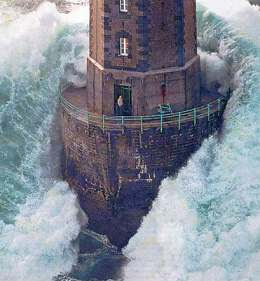 On work days, my wife and I study the Bible together, sort of. With our schedules, it's easier for us to study the same thing at different times- on our own, but together. She usually studies during her lunch break and I just do it whenever I am awake. Sometimes we talk about what stood out to us in the reading that day. Lately, we have been reading with a mind to obey in the book of Luke.

Usually, we read a chapter and I pick out a handful of verses for us to really focus on. We write out those verses verbatim, so that it sinks in deeply. Then we write them again, but in our own words. That way, we know for sure that we understand what's being said. Finally, we write "I will" statements- ways in which we will obey the imperative found in the words of God.

Today, we were in Luke 6. We chose to look in-depth at the last section, which talks about foundations, hearing, and acting. It's a direct hit on what I have been wanting to do lately (see O Man, 1-3). In a lot of ways, I have been the foolish man who hears, but does not act on what he hears. Jesus says that ultimately, that approach to spirituality leads to great ruin.

But how do you become that wise guy who hears and acts? Especially if you've been the fool for so long? Are there steps missing from the equation? Shouldn't there be something between Hearing and Doing?

My Steps to Obedience
1. Hear
2. Consider what will happen if I do
3. Weigh the consequences of doing versus not doing
4. Look around for anyone else who might be doing or not doing
5. Decide doing is worth a try
6. Do, but only half-heartedly
7. Fail several times
8. Decide it is undoable
9. Come back and give it another try
10. Do

My steps are obviously less tidy than the ones Jesus laid out. They take longer, too. But I don't think they would be so bad if I actually made it from step one to step ten. The problem is, I usually get lost and turned around somewhere in between Hearing and Doing.